The safety of our students is a top priority. Keycards, campus security cameras, and traffic controllers work together to ensure everyone on campus is safe. Latin's Director of Security is Major Dale Greene, a reserve officer for the Gastonia Police Department. In addition to overseeing all campus security, he leads the school's Crisis Response Team.

Major Dale Greene, was born and raised in Kings Mountain, N.C. He has always called North Carolina home, and couldn’t image living anywhere else. He has been married to Connie for 30 years. She is an Assistant Principal with the Gaston County School System. They have two children that are married and also live in the area. His son, Christopher, is a police officer with the Charlotte-Mecklenburg Police Department and a Captain within the US Army National Guard. His daughter, Victoria, is a teacher with the Gaston County School system; she works with mentally and physically handicapped children. Major Greene is extremely proud of his family. His hobbies consist of traveling, riding his Harley Davidson, and collecting and refinishing antique furniture.

Work History and Experience
Major Greene started his second career with Charlotte Latin School on July 1, 2014, as the Director of Safety and Security. His experience began in 1981 as a Criminal Justice major at the University of North Carolina at Charlotte. After graduation, he started as a patrolman with the Charlotte-Mecklenburg Police Department. During his career he served in a number of positions and ranks within patrol, investigations, training, and administration. However, the positions he found the most rewarding were within Special Operations; he served as a SWAT operator, K-9 Handler, Chemical Munitions instructor, and Civil Disobedience specialist. Eventually, he became the Commander of the Special Operation Bureau; which required oversight of SWAT, the Canine Unit, Bomb Squad, Civil Emergency Unit, Violent Criminal Apprehension Team, and Aviation Unit. Major Greene’s real expertise has been school violence preparation and response to active aggression within schools. He is currently a reserve officer for the Gastonia Police Department, which allows him to maintain his law enforcement certification and training within the State of North Carolina. Major Greene has also served in a security capacity at Carowinds Theme Park, Eastland Mall, Charlotte Convention Center, Charlotte Country Club, Carolina Panthers, and Quail Hollow Golf Tournaments. During his time here at Latin, he has broadened his experience in fire prevention and life safety. Major Greene’s work at Latin includes executing a comprehensive strategic plan to enhance and maintain the safety and security of our students, faculty, and campus. 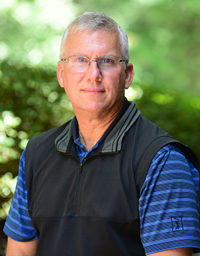